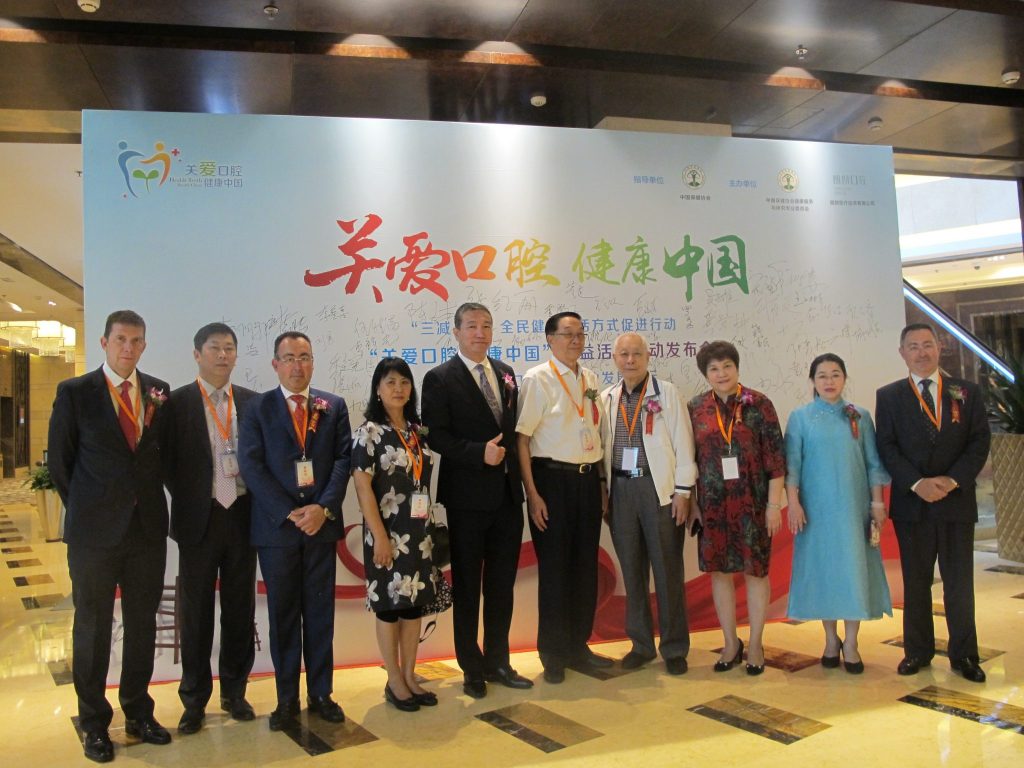 Mozo Grau becomes the unique and exclusive dental implants’ supplier of the “China Oral Health Care Program” developed by the Chinese Government thanks to the agreement signed this August. The project aims the prevention and treatment of oral diseases and will be developed through the National Commission of Health and Family Planning.

The Spanish implants producer will be the unique implant provider of a health program that will benefit around 200,000 patients in the country and will involve 1,000 doctors during 2019 reaching a network of 2,000 clinics.

“Gap 0” evidenced by Mozo Grau, which implies an almost perfect implant-prosthesis fit, shifted the balance on the side of the Spanish bid against other leading European and Asian implant manufacturers.

Mozo Grau will supply its Ticare dental implants in the framework of an agreement formally sealed on 19th August in Beijing during the celebration of the “National Day of the Doctor”.

More than a hundred academics and business leaders were attending the launch ceremony accompanied by some of the main Chinese Health Authorities such as Mr. Zhang Fenglou, former Vice Minister of Public Health; Mr. Wu Liangyou, Director of the National Health Commission; Mr Xu Huafeng, President of the Chinese Health Association; Yue Lin, President of the Chinese Stomatology Association and Mr. Guo Dawei Vice President of dental medicine of the University of Hong Kong, among other Chinese Authorities.

The purpose of the Chinese Health Authorities acquiring this kind of premium health products is to promote healthy lifestyles in the Chinese population, to train adequately medical personnel in the country and prevent chronic diseases. The operations will be developed through the local strategic partner of Mozo Grau in China Lang Lang Medical Investment and it is expected to be extended until 2025.

Mozo Grau’s CEO Mr. Fernando Mozo attended the ceremony accompanied by some executives of the company and highlighted during his speech the “clear innovative vocation of the company” whose products have the “scientific endorsement of the main international research centers”. Mr. Mozo pointed out the importance of “being a reference in technology” recognized by the largest public health system in the world.

This agreement represents a decisive step for Mozo Grau in the positioning of the company as a leading key player in the Chinese implants market.

Under the direction of Prof. Mariano Sanz this University Chair gives stability to the research projects that Ticare has been developing with the UCM for years

Last January, it was signed the Extraordinary University Chair between the Complutense University of Madrid (UCM) and Ticare, for the development of research and training plans in implantology in Spain and abroad.

In relation to this, Prof. Mariano Sanz remarked: “This model of Extraordinary University Chair allows a direct transparent collaboration based on scientific development between a university and a private company. This enables us to formalise research and training projects in a stable way and within an initial period of three years. Moreover, UCM and Ticare had already been carrying out research projects for almost four years, and from now on, thanks to this Chair, a medium-long-term programme and a greater formalization of it will be carried out”

Ticare’s scientific evidence and bacterial-leakage-free Implant were the highlights of this congress.

This edition could not be different as XI Ticare Evidence Implantology Congress attracted more than 1,000 registered people.  This event was held on 14th and 15th February at TeatroGoya Multiespacio in Madrid, Spain.  Along with the usual scientific rigour featuring every Ticare scientific event, gapZero, the bacterial leakage free implant and studies endorsing gapZero had special mention.

For this edition, the congress title was “Scientific evidence for everyday practice” and included more than 50 high-level presentations and round-tables.  Within the Dentistry Programme, attendees had the opportunity to receive updated information from national speakers as Prof Mariano Sanz, Dr Juan Blanco,